This article was submitted by Joaquim Cassicato . Do you want to share knowledge with the other followers of MenosFios? Follow the steps.

India officially named Republic of India, is a country of South Asia. It is the second most populous country, the seventh largest in geographical area. Bounded to the south by the Indian Ocean, the Arabian Sea to the west and the Gulf of Bengal to the east. The country borders Pakistan to the west; China, Nepal and Bhutan to the north and Bangladesh and Myanmar to the east (Via Wikipedia).

It is one of the most developed countries of that region, as far as the teaching of Information Technology is concerned, it is enough to look at the great centers of training, it is notorious the presence of several nationalities, namely: American, Canadian, Portuguese, Dutch, Belgian, Africans, among others.

With its cultural, religious and social particularities, India is an extremely conservative society. But this is no reason for inhibition for those who go after training for international certification exams. In recent years, many Angolans have been seen in India seeking an international certification or even a simple training that varies from day to year (s). The most requested certifications are: CISCO, MICROSOFT, ETICAL HACKER, COMPTIA, LINUX, PMP, ATIL. The capital of Delhi (where the training centers are located, following the city of Bangalore) is the destination of many Angolans, as it is the city with more black people, which facilitates integration and socialization.

Why India to the detriment of other countries?

There are several factors to take into account, as far as the choice of India as a destination for certifications, in the technological films of Hollywood, we always see an Indian as manager of Computer Systems, Cyber ​​Security or Hacker's, the number of CEO's leading the technology giants in Silicon Valley (United States). These may not be exactly the crucial factors, but they are to be taken into account. To be more specific, among several factors, I highlight the following:
1º The academic humility that characterizes the Teachers (Instructors) in General;
2º Because it is a country where the cost of living is very favorable;
3º The existing model of accompanying foreign students;
4º For being a country free of several negative interferences (Festas, Discotecas, Vandalism, etc).
India has been ranked as the leading exporter of information and communication technology (ICT) services and the second in innovation quality in 2017. The country rose six places to the 60 position in the Global Innovation Index.

Gabriel Isequiel, a Master's student in Network Management and attending simultaneously training for certifications, states:
"India is known as the country's advanced technology and program system that brings together many experts who are willing to share their knowledge and experiences with the world and, as some may not come to us (Angolans), we have decided to go after them.
All Angolans who come to India experience technological challenges that go beyond what we live in Angola, and we Angolans want to be good at what we do and take that knowledge back home to help our country reach the same level of specialization like many other African countries and around the world.
As a result, India serves as a country benchmark that enhances and transforms many minds of those seeking IT-related courses."

Teachers and colleagues from other nationalities are unanimous in stating that Angolans who choose India as a destination for certifications are mostly committed and doing good deeds. 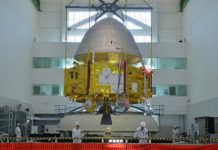 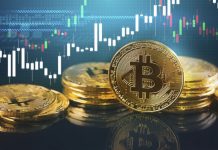 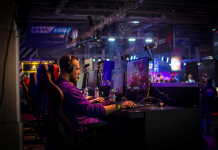 Coronavirus: Zungueiras can market their products without leaving home

COVID-19: TVCABO will not increase prices at the end of March