Cable.co.uk has organized more than 1,1 billion Internet access speed measurements in 224 countries and created the ranking that it makes available in the form of an interactive map or the entire dataset.

The North Africa region as a whole has a combined average of 5,68 Mbps, the lowest on record. Angola in place 172 with an average of 5.88 Mbps. 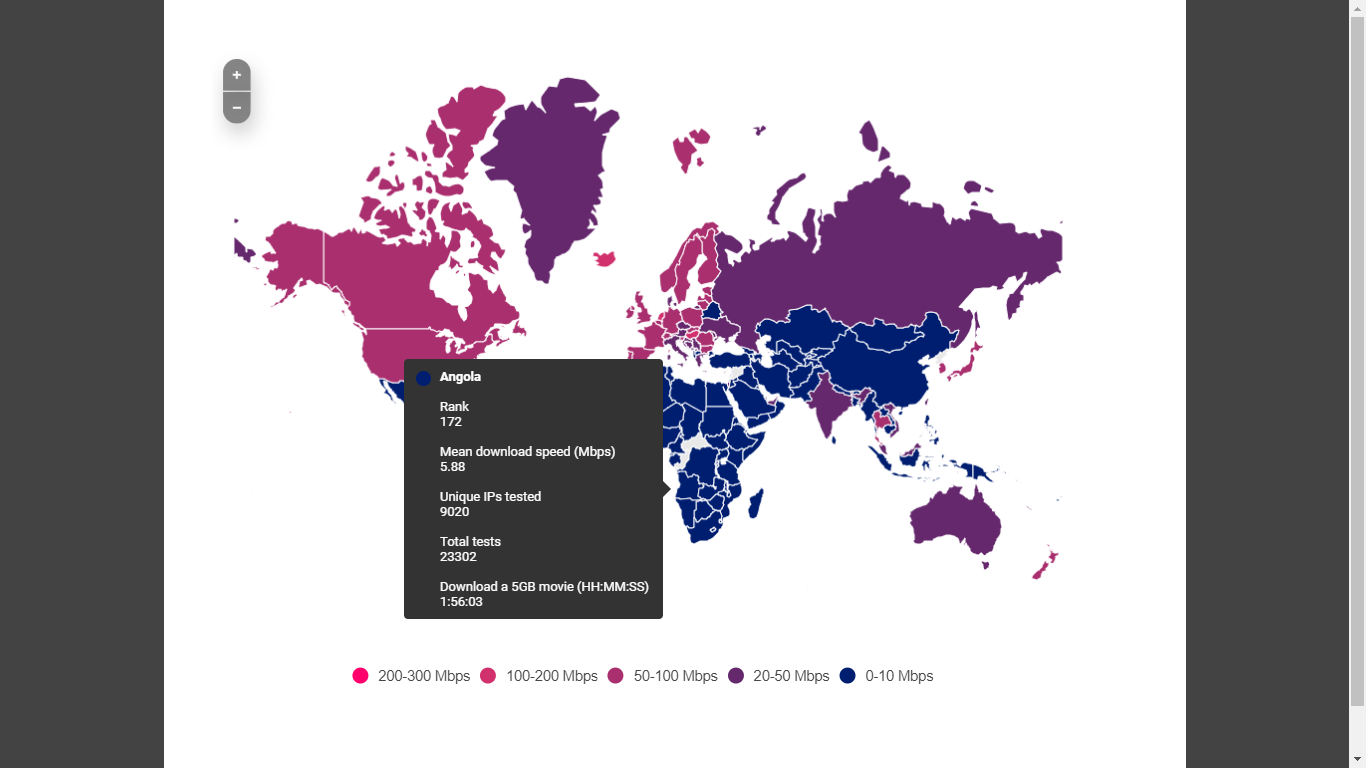 Mozambique appears in 158th on this list, with median speeds reaching 7.17 Mbps and it takes 1 hour and 35 minutes to download a 5GB file.

Portugal appears in 34th in this list, with the average speed reaching 63 Mbps and it takes about ten minutes to download a 5 GB file.

The five countries with the fastest accesses achieved 276 times more speed than the five slowest countries last year, up from 202 times that year, showing that the gap between the two sets is narrowing.

From the list, 94 countries are unable to reach 10 Mbps, which is considered a minimum value to meet the needs of a small household or a small business, with the number having dropped from the 109 registered in 2020, which marks a significant evolution in several places.