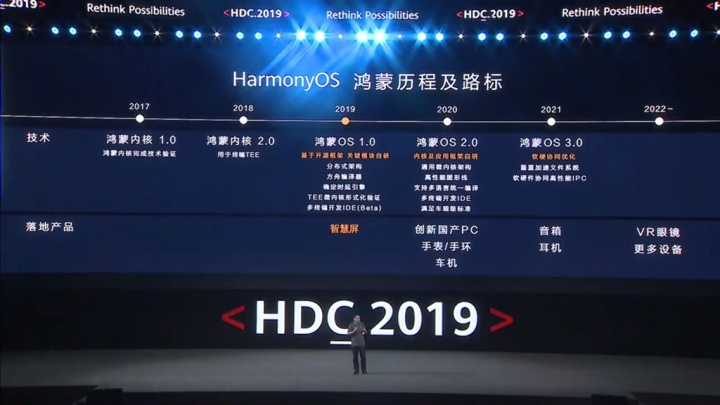 The Chinese telecommunications giant Huawei, threatened with losing its access to Android due to US sanctions, presented on Friday, its new operating system for their equipment.

Called HarmonyOS and began to be advertised as a competitor of AndroidBut according to the company will be more than that. This microkernel-based system can be adapted to smartphones, smart speakers, wearables and even car systems.

Richard Yu, CEO of the manufacturer's consumer area, has even said that they can apply it when they want to smartphones. Nonetheless, the executive noted that Huawei's priority is to keep Android on their phones, warns that HarmonyOS could be used soon if international constraints make it necessary and that performance is even better than the operating system. from Google.

A modularized #HarmonyOS can be nested to adapt flexibly to any device to create a seamless cross-device experience. Developed via the distributed capability kit, it builds the foundation of a shared ecosystem developer #HDC2019 pic.twitter.com/2TD9cgtdG8

The system also applies formal verification, a set of mathematical approaches used in critical security fields, to reliably identify vulnerabilities, while traditional methods are likely to lose some points.

Next year Huawei expects to have HarmonyOS 2.0 available for use on PCs, smartwatches and exercise bracelets. HarmonyOS 2021 for headsets and speakers is set for 3.0, with the promised adoption of Virtual Reality glasses for 2022.

US and EU advance in data regulation

Huawei clarifies details of its 1st half 2021 earnings report