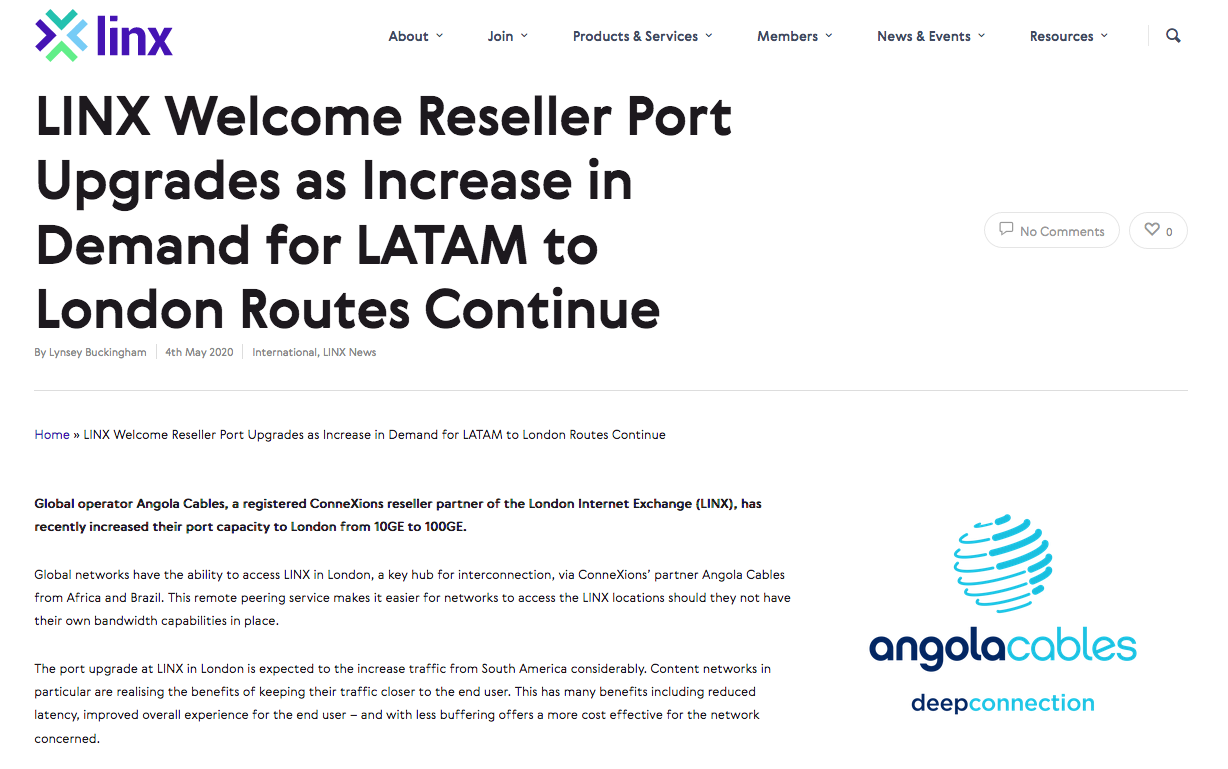 The multinational telecommunications company Angola Cables as part of its partnership with London Internet Exchange (LINX), has just increased the capacity of its port from 10GE (Gigabit Ethernet) to 100GE. In this way, international operators and networks, namely from Africa and Latin America, have the possibility to connect to LINX to support the growth of intercontinental IP traffic: Latin America - Africa - Europe.

The increase in port capacity should allow the sustained growth of traffic originating in South America and the West Coast of Africa in search of content in Europe with benefits for networks such as reduced latency, cost efficiency, location or approximation of content to the final consumer.

According to Fernando Azevedo (Technical Director of Angola Cables), “the increased capacity in the connection between Angola Cables and LINX allows a greater volume of IP traffic through peering (traffic exchange) with several networks in London. Users will have added advantages in the performance and quality of data exchange ”.

In the view of Jennifer Holmes (Chief Commercial Officer - CCO LINX), “we are very pleased to welcome new members of LINX from regions such as Latin America and Africa, we see this partnership with Angola Cables as the accelerator of this process. For example, networks whose end users want to connect to the gaming industry they are feeling a great improvement, particularly due to the option of peering in London, which optimizes the performance with quality and low latencies ”.