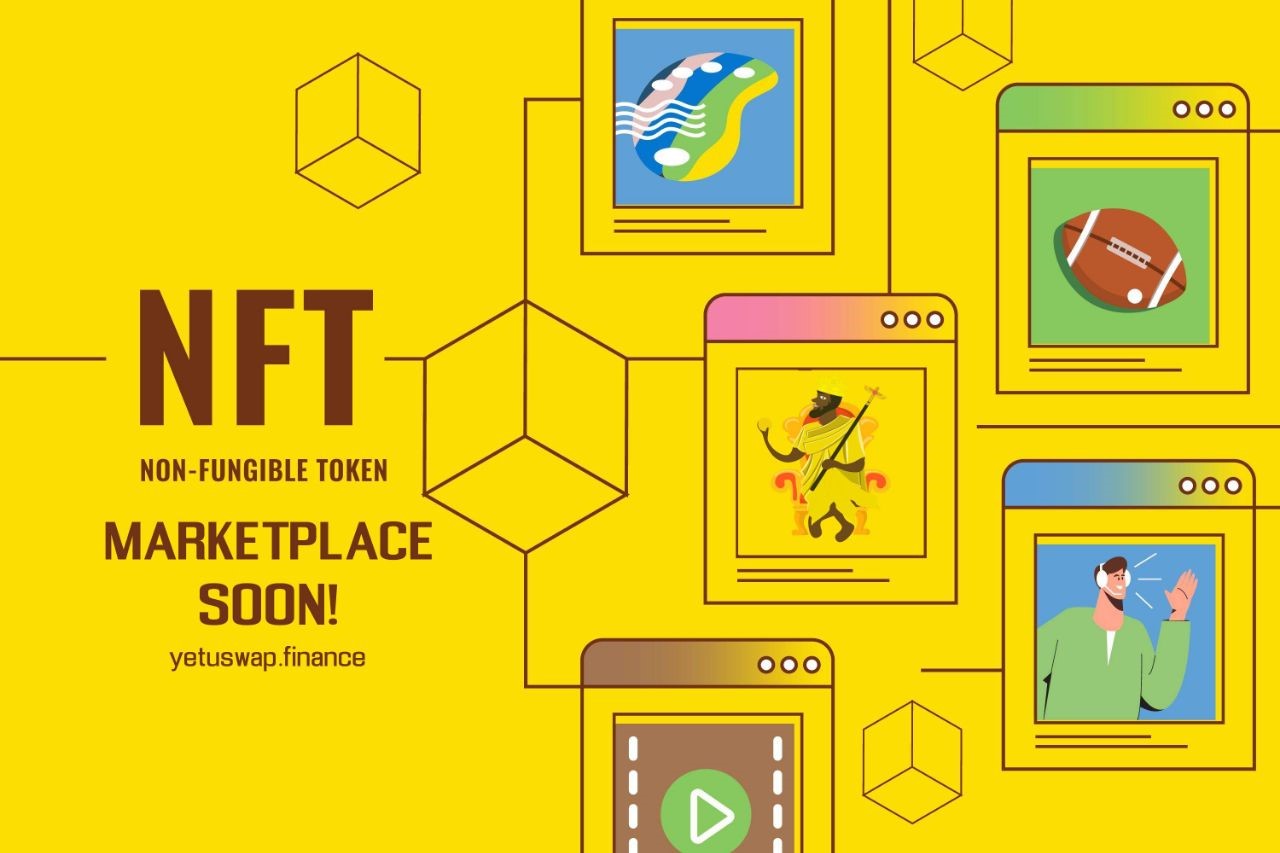 Of course, the term “Token” may be new to some people, but for those who are already in the world of cryptocurrencies, I'm sure you already know what it's about, but it's never too much to make things clear.

In the investment universe, token is the record of an asset in digital format.. However, this term is too broad. Thus, it can range from a customer name registration, with no commercial value, to Tokens representing real estate investments. It was the use of cryptography, and the decentralized networks of cryptocurrencies, that drove this market for Tokens. In fact, almost everything can be turned into token, that is, gain a representation in digital format.

A team responsible for Yetucoin, the first Angolan cryptocurrency has just announced to the entire community the construction of the YETU Project's NFT Market, which will be called YETUNFTs, it will be available next October and can be used by all artists and enthusiasts of the crypto universe to sell their work.

The goal is to bring together the entire community of Angolan creators in the NFTs market, from musicians, influencers, visual artists, and the entire range of creators who wish to monetize their work. NFTs will be traded using two currencies, Binance Coin (BNB) and Yetucoin – Angola's first cryptocurrency. Support for the purchase of Yetucoin with kwanza will be granted to all new members in the crypto universe.

The sale value of a particular item will depend on the seller, however, we will also have pieces to be sold at auctions, in the latter case – the value will depend on the buyers. Artists and the community in general will be able to sell all kinds of images, gifs and music. We will bring together the most outstanding artists and content creators residing in Angola and in the diaspora in our NFTs market, in addition to our vast community that already has more than 100 members spread across the 4 continents of the globe.

YETUNFTs it is the second product to be launched by Angolan company Yetubit, after the decentralized PAN-Afrikano YetuSwap Protoclo, which already has more than $100 in blocked value.