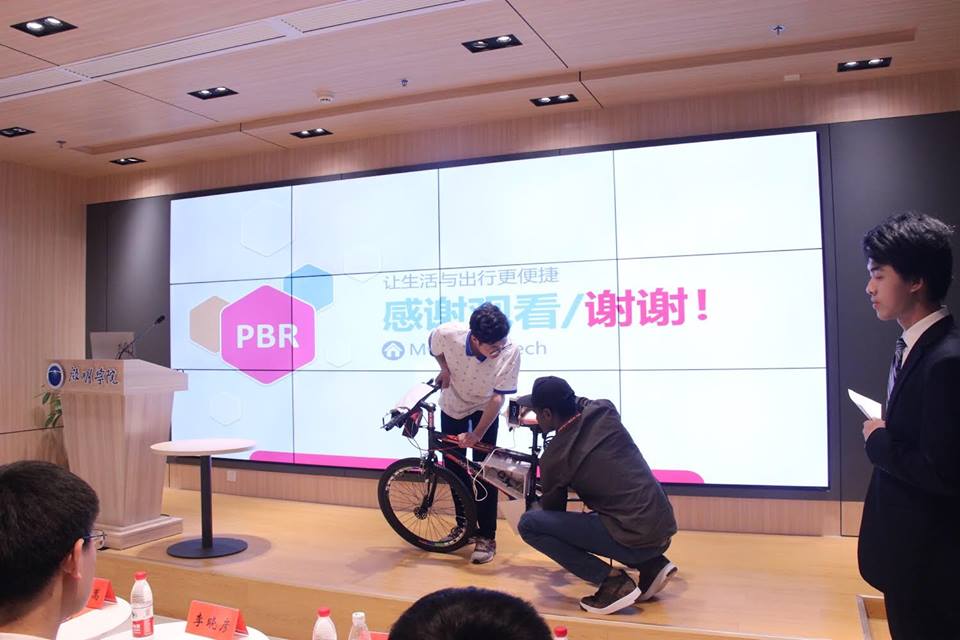 The number of Angolan inventors continues to increase satisfactorily, proof of this is the Angolan student Brunilde Pedro Sacramento Mandinga that won, in China, the IV edition of the contest “Electronic Design and Internet of things ( and production ) ”, Organized by the Chinese company Neoway, dedicated to the manufacture of electronic materials.

The author who studies in China won the third edition in November of 2017, and the last one, in March of this year, in the event to evaluate projects in the areas of science and technology, society and sustainability.

The Angolan competitor won the 2018 edition with the Power By Riding - PBR project that uses a bicycle for this purpose. The system uses a piezoelectric material attached to the bicycle's seat and pedals, converting its pressure and deformation into electrical energy, capable of charging mobile phones and computers.

In 2017, Brunilde Mandinga won with the project "WeGoZhinengXie”, Smart shoes. The smart footwear consists of an ethylene vinyl acetate (EVA) insole that is positioned towards the joints of the feet, namely the phalangeal joint that allows the foot to rest on the toes during a walk and the interphalangeal joint, maintaining stability during pressure on the ground ”- explained Brunilde Mandinga.

O footwear has a thermal control device that allows to read the temperature inside and outside the footwear, which can be adjusted according to the climatic region. It incorporates GPS and GPRS communication module, to locate victims in case of incidents such as earth collapse or fall of a building.

Can these projects be replicated?