What is an Autonomous System (AS)?

An Autonomous System (in English, Autonomous System - AS) is a group of networks of IP addresses (Internet Protocol) that is managed by one or more network operators that have a clear and unique routing policy.

What is an Autonomous System Number (ASN)?

What is an Autonomous System for?

As already mentioned, a unique number (ASN) is assigned to entities (Autonomous Systems) that manage (technical and administrative) their own IP network on the Internet. Making an analogy with the real world, the ASN is as if it were a unique identification number of every citizen in the world.

Therefore, having an ASN is a mandatory condition to be connected to the Internet. In fact, the concept of AS was born with the Internet itself.

The interconnection of Autonomous Systems on the Internet is done through the BGP protocol (Border Gateway Protocol) defined in RFC 4271 https://tools.ietf.org/html/rfc4271

As the name itself indicates the BGP protocol is generally used in the routers (gateway) of a certain AS.

Taking another analogy, BGP is like a "glue" linking two "interested" ASNs to exchange information on the Internet.

Who assigns the ASN (s)?

The RIR (s) in the world are distributed as follows: 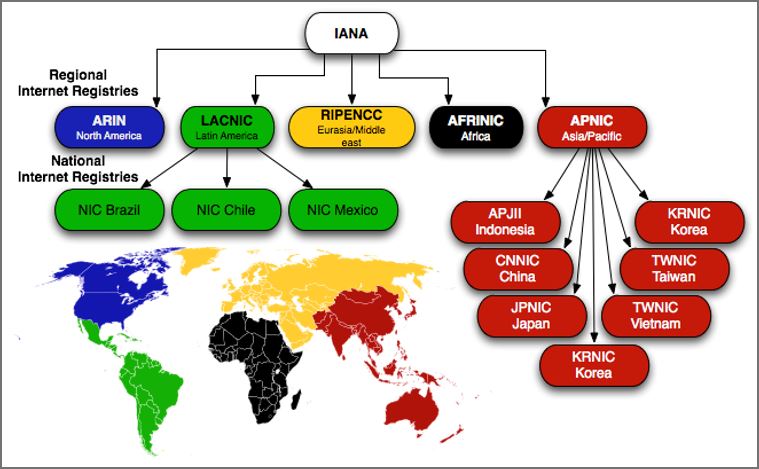 Some countries, such as Brazil, Chile and Mexico, have national entities (National Internet Registry - NIR) linked to the regional RIR, responsible for the distribution and allocation of numbering resources (eg ASN, IPv4 and IPv6 ). However, in Europe and Africa the distribution of numbering resources is done directly through the RIR of the region (RIPE-NCC and Afrinic, respectively).

How many ASN (s) does Angola have?

Angola currently has (56) ASN (s) in accordance with https://bgp.he.net/country/AO Netspace - Serviços De Telecomunicações being the most recent, with the attribution of ASN328154 by Afrinic.

How can entities in the national territory apply to obtain ASN + IP address?

For help in the process in case of any doubt contact: 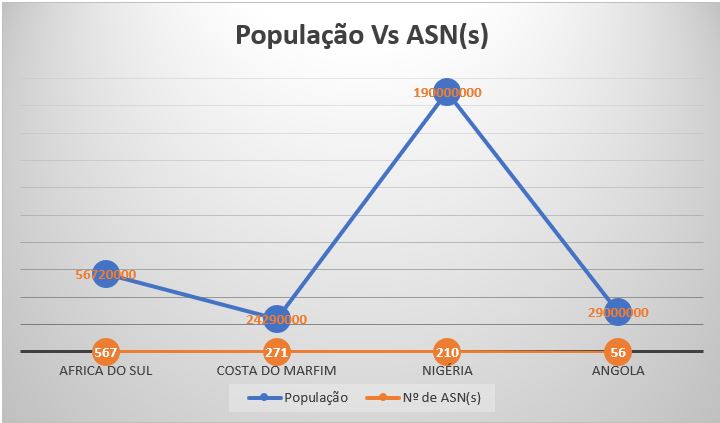 Education and Research Networks: what is the importance of NHAs in technical and higher education institutions?

How many school institutions in Angola own their own ASN?