In the image released by the site CGTN   it shows the ship encapsulated with a kind of cocoon, but, it is still not possible to see more details of it. 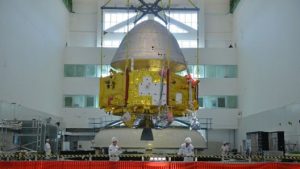 The trip is expected to last seven months, with a mission divided into three very essential tasks, among which is, examination of the Martian atmosphere.

According to Ye Jianpei, chief scientist of the agency's space exploration department, if there are no surprises, the Martian explorer will even be launched on 2020, landing on Mars before 2021.

A rocket Long march 5 will be responsible for sending it into space, taking it to Earth orbit, taking advantage of the favorable launch window due to the cosmic event known as Mars opposition, which usually occurs every 26 months, allowing the equipment to travel a shorter distance and spend less fuel. 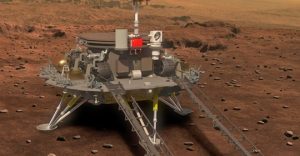 The idea is, in addition to examining the atmosphere of Mars, to investigate the landscape of the planet as well as its magnetic and geological characteristics, which may provide even more clues for us to understand the origin of the evolution of Mars and the solar system.