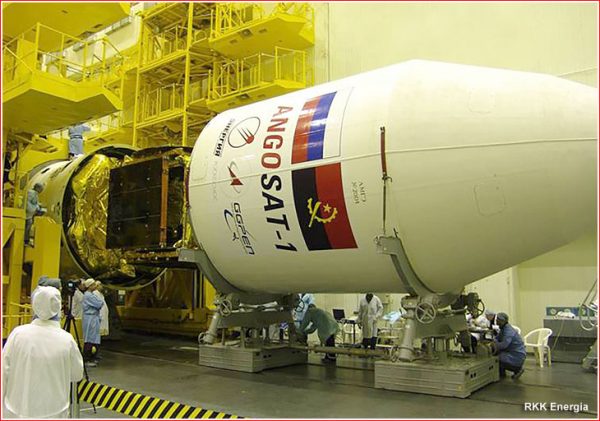 Since the release of Angosat-1, credible first Angolan satellite, we have received information from the Russian press, sometimes the Angolan party denies it.

To end this problem once and for all, the Minister of Telecommunications and Information Technologies, José Carvalho da Rocha, said on Tuesday that the situation of the Angolan satellite “Angosat-1” will be clarified in a press conference, Monday next fair (April 23, 2017), in Luanda.

The minister also assured that a delegation of Russian technicians will be in the capital of the country for clarification. He recalled that it was the month of April foreseen for the last technical evaluation of the satellite.

What if Angosat-1 really has problems?

According to new information circulated by the Russian press, Angola and Russia are already negotiating the creation of a new satellite - AngoSat-2 , the process that should end by the end of May. This same information has already been denied by the Angolan minister.

It is worth remembering that if this problem is confirmed, the Minister of Telecommunications and Information Technologies, José Carvalho da Rocha, safeguarded that the Angolan part will not be harmed because the agreement safeguards the interests of the country.

Angosat-1 is covered by insurance of US $ 121 million - an amount assumed in equal parts by the companies SOGAZ and VTB - an amount sufficient to guarantee its construction by RSC Energia, the company that leads the Russian consortium responsible for the construction of the mill.

Let's wait until Monday to have the satellite's location.