Windows 8 it was made available to everyone at the end of October 2012. Some information services point to a less effusive reception from users, compared to its predecessor, the much praised Windows 7.

Let's not discuss the reasons that led to this weak adherence to the new Microsoft Operating System, we will leave this to another article.

But in Africa, how is Windows 8 coming out?

To give this and other statistical answers, we rely (almost) always on the service “Stat Counter“, Whose specialty is precisely providing statistics related to technology. 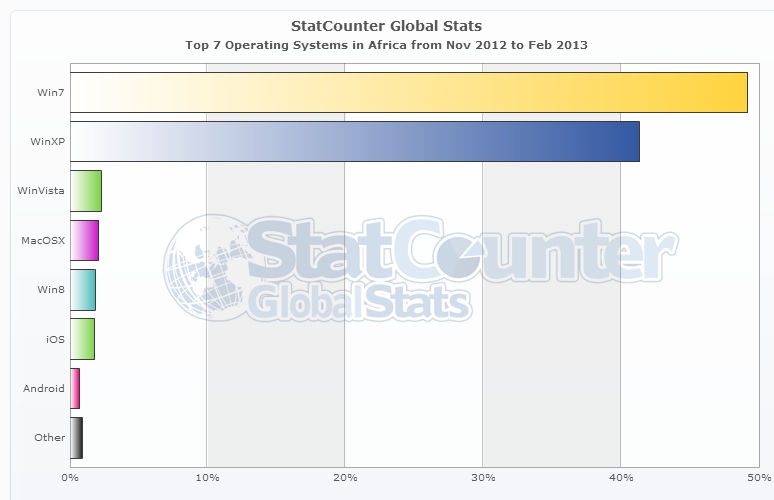 What is clear is that the Windows family dominates Africa, with an overwhelming percentage of 94,83 .

On the other hand, Windows 8 is slow to claim, with only 1,86%, falling behind even one of the worst products ever released by Microsoft (global opinion), Windows Vista. By the way, why would anyone still use Windows Vista?

You can still see the resistance of Windows XP, which even with the promises of "discontinuation" (annihilation) made by Microsoft, continues to have the preference of users. But seriously, if you use XP, it's time to switch.

Now, out of curiosity, use Windows 8, already tested?