Mark Zuckerberg the creator of Facebook, announced plans to merge Messenger and Messenger services Instagram em January last year. The change, however, will only now begin to enter the early stages. 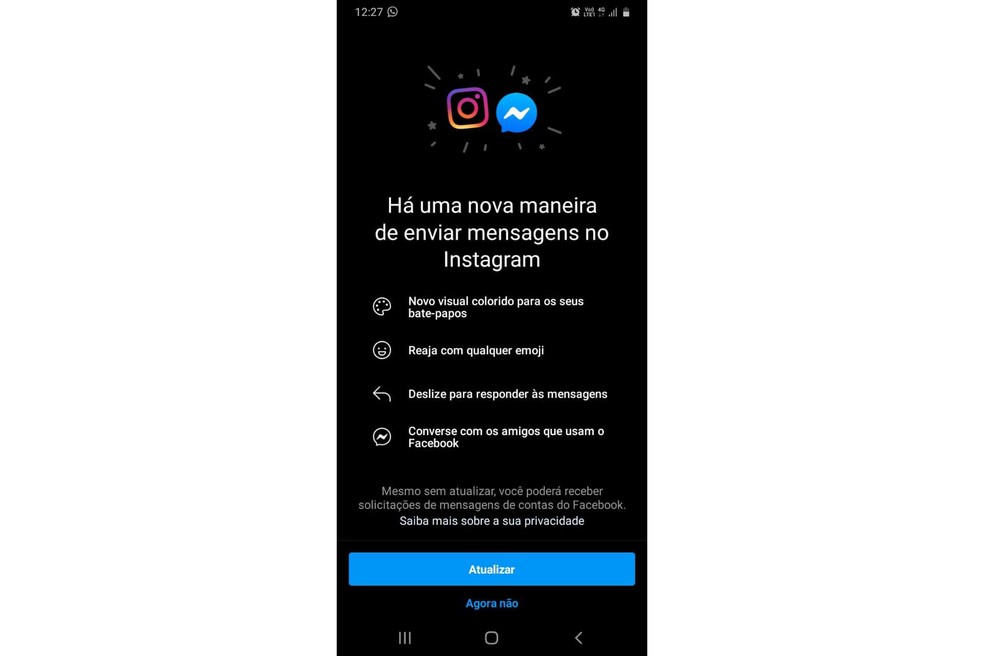 The first traces of the novelty appeared to users as soon as they opened Instagram. With the title "There's a New Way to Message on Instagram”(“ There is a new way to send messages on Instagram ”, in free translation), the notification presents the features that will be taken to the Instagram chat, if you enable the integration.

As with WhatsApp, for example, conversations on other platforms would be protected with end-to-end encryption. Thus, when using WhatsApp for a contact that is only on Facebook, the content would have the same protection to prevent leaks.

The user is exposed to two buttons at the bottom of the screen: “Update”, to enable the new functions, and “Not Now”, not to activate the integration. According to the publication, some Messenger features will have been applied to messages direct do Instagram, without form deactivate. And there is still no way to talk to users of Facebook form direct.

The plan to create a technological base shared by the three platforms, in order to allow seamless communication between users of the three services - sending a message via WhatsApp and receiving via Messenger, for example, was presented at the beginning of last year.

Facebook launches feature to facilitate the creation of online stores