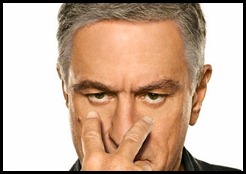 Not enough news of the spy virus, which made us think of science fiction films, now the FBI has a surprise for you: a (super) face recognition surveillance system.

The FBI has announced that it plans to spend a billion dollars to build a new type of facial recognition database that will allow the agency to identify suspects and people of interest using images from public security cameras.

Technically, the Next Generation Identification (NGI) program is an update of the FBI fingerprint database, that agency begins to use people's faces, along with other biometric data such as DNA analysis, iris scanning, and identification, to determine the identity of a person.

This system will be available in 2014. The privacy law in the United States allows the system to be used. It remains to be seen when other governments will apply the same type of system.

However, they are getting ready, briefly no one else can take a step without being monitored by any system.