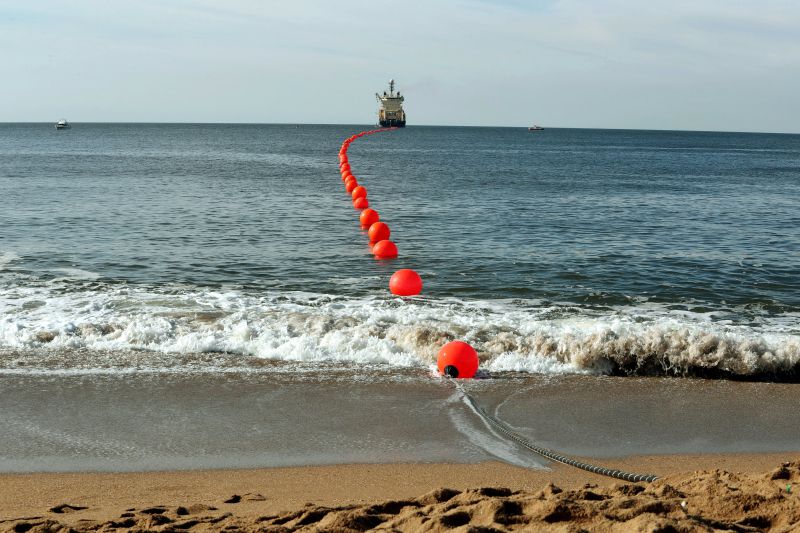 In October of 2017, Angola Cables placed Angola at the center of communications in Africa with the arrival of the submarine cable in Sangano. To continue the process, the same cable called SACS has finally arrived in Brazil.

According to information provided by Angola Cables, the installation of the fiber-optic submarine cable between Africa and South America will be completed Thursday (22 / 02 / 2018) to establish, in the third quarter of this year, direct communications between the two continents.

With the entry into operation of this system in Luanda (Angola) and Fortaleza (Brazil), the waiting time for communications of around 350 milliseconds will be reduced to just over 60 milliseconds. The connection to the State of Ceará, when operational, will bring significant improvements in communications between Angola, African countries and the Americas, as well as a reduction in “latency” (time to wait for communications) five times.

According to António Nunes (CEO of Angola Cables), with the entry into operation of SACS, the content produced in these regions and international connectivity may generate great economic benefits, mainly for Angola, with great potential for attracting technological companies in the region that need high connectivity.

É It is also important to note that, SACS incorporates optical technology capable of providing the most advanced submarine telecommunications system. The Submarine Cable will have an initial capacity of 40 terabits per second (tpbs), equivalent to 100 gigabits per second (Gbps) x 100 wavelength x 4 fiber pairs. The other highlight of this telecommunication service is that it is the first direct link between the African and South American continents, a faster and higher capacity route.