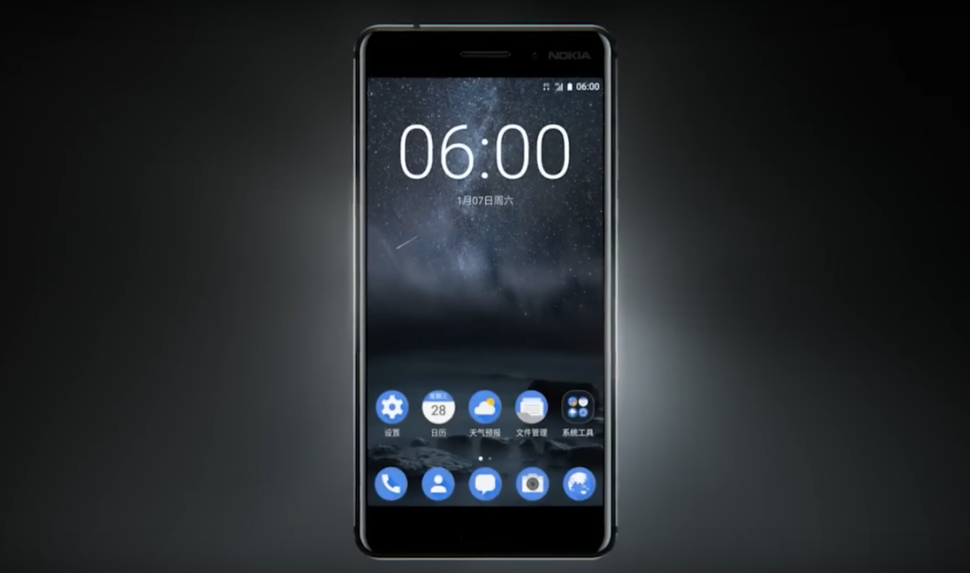 Recently emerged information in which it ensured that Nokia was producing smartphones that will host the Android system, we now have the confirmation of the company's first smartphone with this system, which already has the name of Nokia 6.

HMD Global, the company behind the renaissance of Nokia smartphones, officially announced Nokia 6, long before expected, as it was believed that it would be presented at MWC 2017. The company surprised the market by demonstrating that this new model has a resolution of 5,5 inches with 1920 x 1080 pixel resolution and has a Qualcomm Snapdragon 430 chipset, also containing a 4 GB RAM and 64 GB storage.

Your smartphone will be available with the Android Nougat, bringing a new custom camera application with 16 megapixels on the back and 8 megapixels on the front. As for the price, it will cost 246 USD, but without a specific date to be made available.