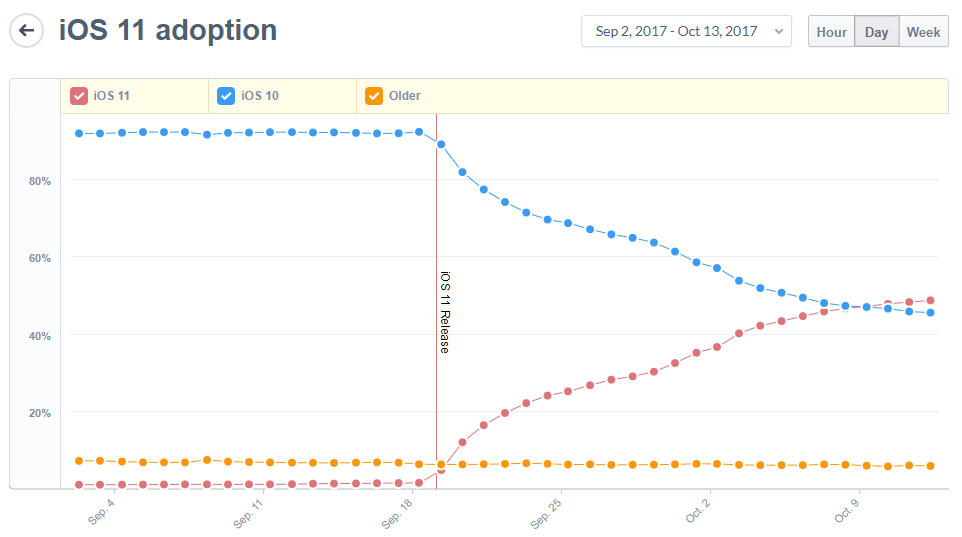 Until January of 2017, iOS 10 was already installed on 76% of devices. But about three weeks ago iOS 11 was released, with a lot of news, including Control center completely redesigned with new features.

Currently iOS 11 has already managed to overcome the predecessor as the most used version on Apple's mobile devices. According to the analytical company Mixpanel, iOS 11 now has 47% market share, compared to 46% for iOS 10.

This version was able to outperform iOS 9 in installations in just two weeks, while the recent version of 11 was only found in 38,5% of devices at the same point in its life.

The iOS 9 and earlier iterations of Apple software are still alive with 6,7% of devices.

Can the number of users increase?

Yes, now that the 1 version number has become the base of the installation, the number of users using the new version of iOS may increase even more. The number of market shares may be even greater when improved versions of iOS 11.1 are released.

Already use the new version of iOS?