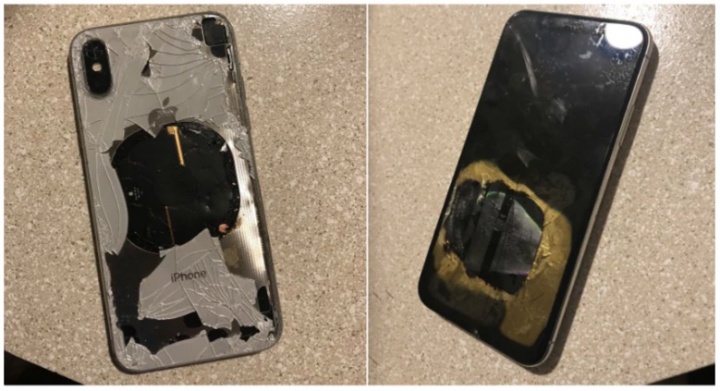 It seems that Apple is not having an easy year-end, after a vulnerability has been revealed that could enable an iPhone X to be hacked, now the same model of the smartphone eventually exploded while updating the new iOSAccording to the owner of the smartphone, his iPhone X, with only 10 months of use, started to smoke until it suddenly exploded after the update. He said: “This year, at the beginning of January, I bought the iPhone and used it normally”, until he decided to update the system to iOS 12.1.

During the installation process, the smartphone was being charged in the socket, when “dark gray smoke started to come out of the device; the update was completed and as soon as the phone called, it started to burn ”. 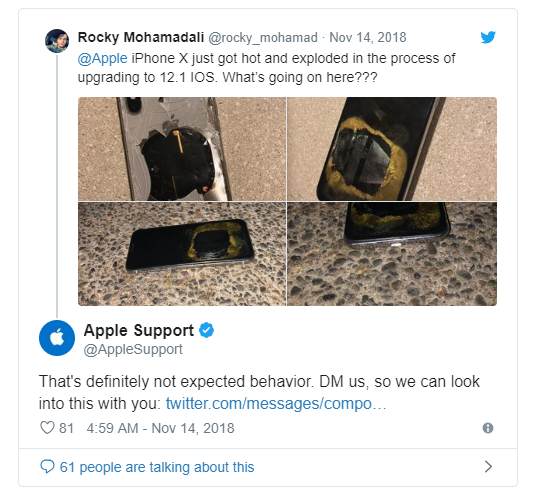 Fortunately Apple has already commented on what happened, leaving the following message: “This is definitely not expected behavior"To iPhone X, I told Apple to a user whose smartphone simply super heated up to the point of exploding after being upgraded to iOS 12.1. The device owner has posted images of the damaged iPhone X in his Twitter, with this response being given by Apple's official support profile.

According to the user, both the cable and the charger used at the time of the incident were original, even though the explosion occurred after the appliance was removed from the socket. At that point, the user grabbed his iPhone and noted that it was very hot just before the smoke started coming out. Apple then asked the user to send the device to their support desk so the company can investigate the cause of the problem.