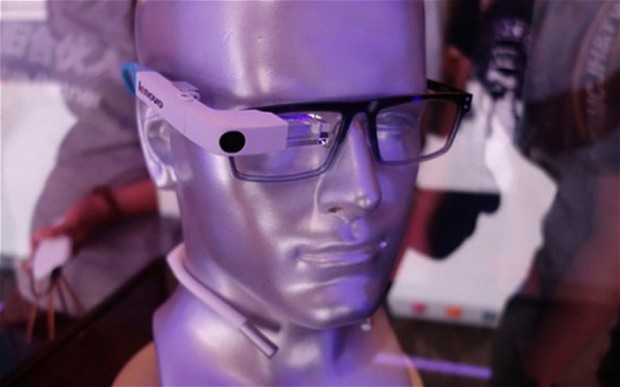 The most successful augmented reality glasses today are those manufactured by Google, which is gradually making it available to all users.

Of course, other companies are seeing the success of Google Glass and have started embarking on similar adventures. It was the case of Lenovo that presented its own version of “smart glasses".

From the officially released images, you can see the similarity between the Lenovo device and the Google Glass. The great innovation of the Chinese company was the insertion of a set of batteries that is located around the back of the user's neck, connected to the device with a cord.

Lenovo did not provide many details and promised to make new announcements in October.

This prototype is part of the NBD project from Lenovo to create a series of devices connected to the Internet, such as air purifiers, glaciers and toasters controlled by smartphones.

While there is no more official information, there are doubts: what will be the operating system? How long will the battery last? What will be the price? (Undoubtedly lower than Glass 1500 USD)