A Microsoft products had already said that the start menu do Windows 10 would have a new interface, which now appears to be ready. Microsoft offers a new trial version of Windows 10 (build 20161), a highlight in this new test version of the operating system is the new design of the Start menu.

According to Microsoft, the new Windows 10 Start menu design removes solid colored backgrounds from icons and applies a transparent background to provide a uniform look. It works well both as a light mode and as a dark mode of the operating system.

“We updated the Start menu with a more streamlined interface that removes the solid color plates behind the logos in the application list and applies a uniform and partially transparent background to the blocks”, says Microsoft. 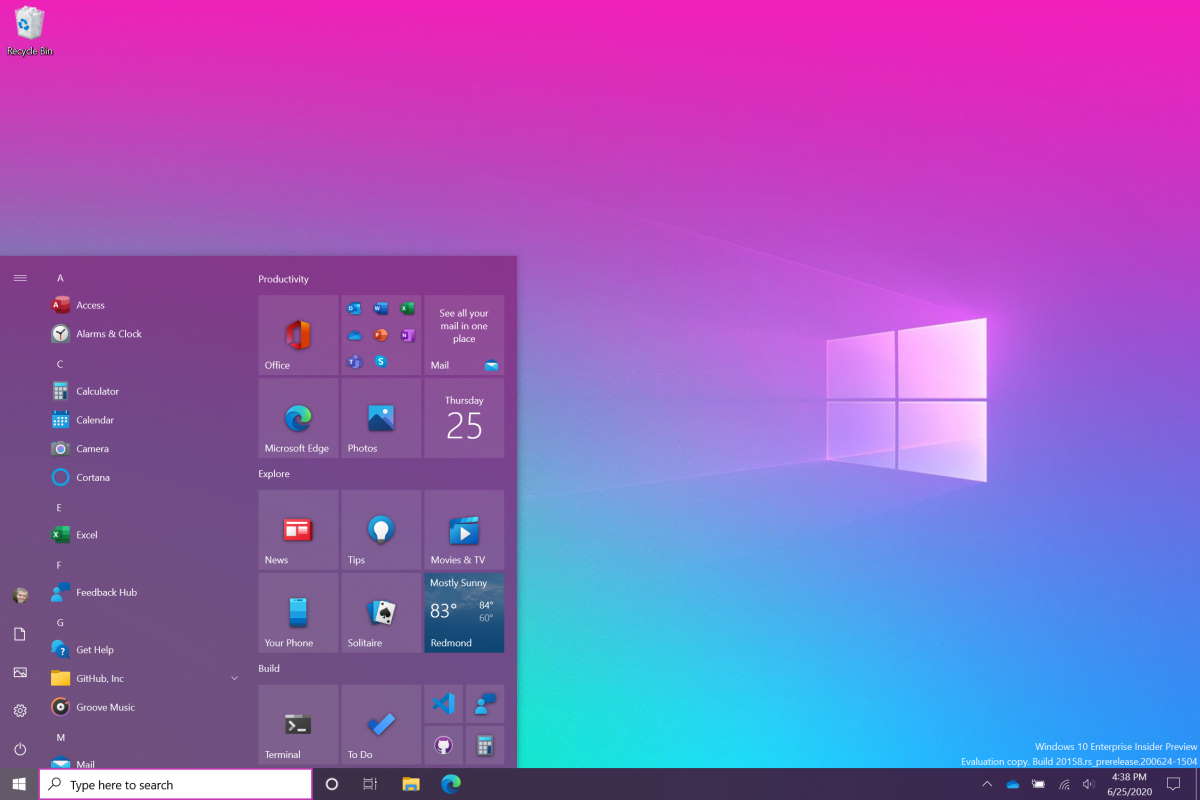 One of the most well-known elements of Windows 10, the Start menu has undergone many changes over the years. If in the previous version it was about to disappear, it is now present and even more relevant for users.

The new trial version of Windows 10 is also an opportunity to update the Alt + Tab keyboard shortcut. Microsoft explains that all tabs open in Microsoft Edge will now appear when the Alt + Tab keys are pressed, instead of just having the active guide. Some people may not like the new system, which is why Microsoft is offering an adjustment to revert to the old mechanism.

In short, this new feature in the start menu is now available on the Windows 10 Insider Preview Build 20161. They will be improved and analyzed, in order to reach all users in a future update of Windows 10.