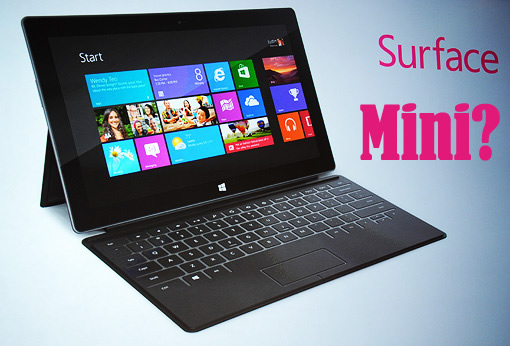 We were already talking about the turbulent moment of desktops, much because of Microsoft's beloved son, Windows 8.

One thing is clear enough for some mobile devices, tablets and the company, the Windows 8 is a decent option. Microsoft realized that and its tablet, the Surface could be well received by users, were not some design errors and, of course, the price.

Apparently Microsoft decided to correct some errors, starting by launching devices with different specifications. The revelation was made by Peter Klein, Microsoft's CFO, who spoke about designing new devices with Windows 8 and also stated the following:

We are working on a new package of smaller touch handsets with Windows 8 "and with" competitive prices ".

Well, this was like a war phrase, serving as a warning to devices like iPad Mini, Galaxy Tab 7.0 and so many other devices of this category that circulate in the market.