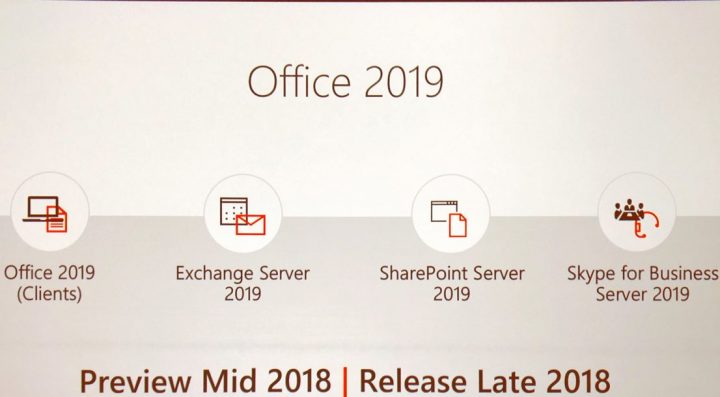 It is taking place in the city of Orlando in the USA, the Microsoft Ignite with a focus on solutions in cloud that Microsoft had. However, the Microsoft products took advantage of the conference to present the new version of its productivity suite, Office 2019, which will be released in the second half of next year.

The new package will give you access to the following applications:

Second Jared Spataro (Microsoft General Manager for Office), Office 2019 will be a valuable update for customers who feel they need to keep some or all of their applications and servers in place.

Unfortunately, many new features of this next version of Office have not yet been detailed, but Microsoft has already announced that it will bring enhancements to the use of Office on touch screens, with superior pressure sensitivity, pen-to- to allow a more natural use experience.

There are also guarantees that new animations and visual effects for PowerPoint (Morph and Zoom) will be the examples mentioned by Microsoft. New formulas and graphs in order to enhance the analysis and treatment of data in Excel. For applications aimed at companies, Microsoft announced improvements in terms of management, usability, voice and security.

Looking forward to meeting the 2019 office?