Home Microsoft Have you ever thought about having glasses that mix real and virtual reality in this ...
Facebook
Twitter
WhatsApp
Email
Telegram 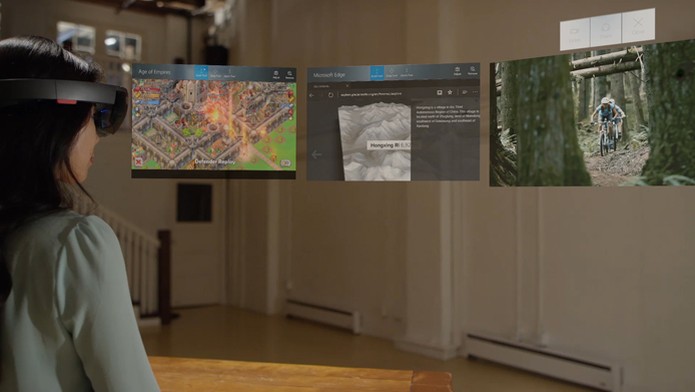 A Microsoft, intends to announce its virtual reality glasses (VR) to Windows 10 in December. They are no longer a technology of the future for some time, however, the expansion and improvement in quality of immersion by more affordable prices are what constitute the new goals among the big manufacturers of the product.

The accessories will be developed by several companies such as HP, Dell, Lenovo, Asus and Acer, and will be specially designed for use with Windows 10 utilities such as the Microsoft Office suite and the newly developed Paint 3D.

The gadget will feature functions different from the other glasses on the market. Instead of offering completely virtual reality, the headset works without cables, mixing the real with the virtual, where it will offer a differentiated option for lovers of this technology.
Nothing has been said about compatibility with Xbox products during the event, but Microsoft has already confirmed that it plans to support virtual reality in Project Scorpio, the most powerful version of the current Xbox One that is scheduled for release at the end of 2017.
Microsoft is expected to present the glasses at one of two WinHEC events in December. One on 08-09 and the other on 14-15 December.