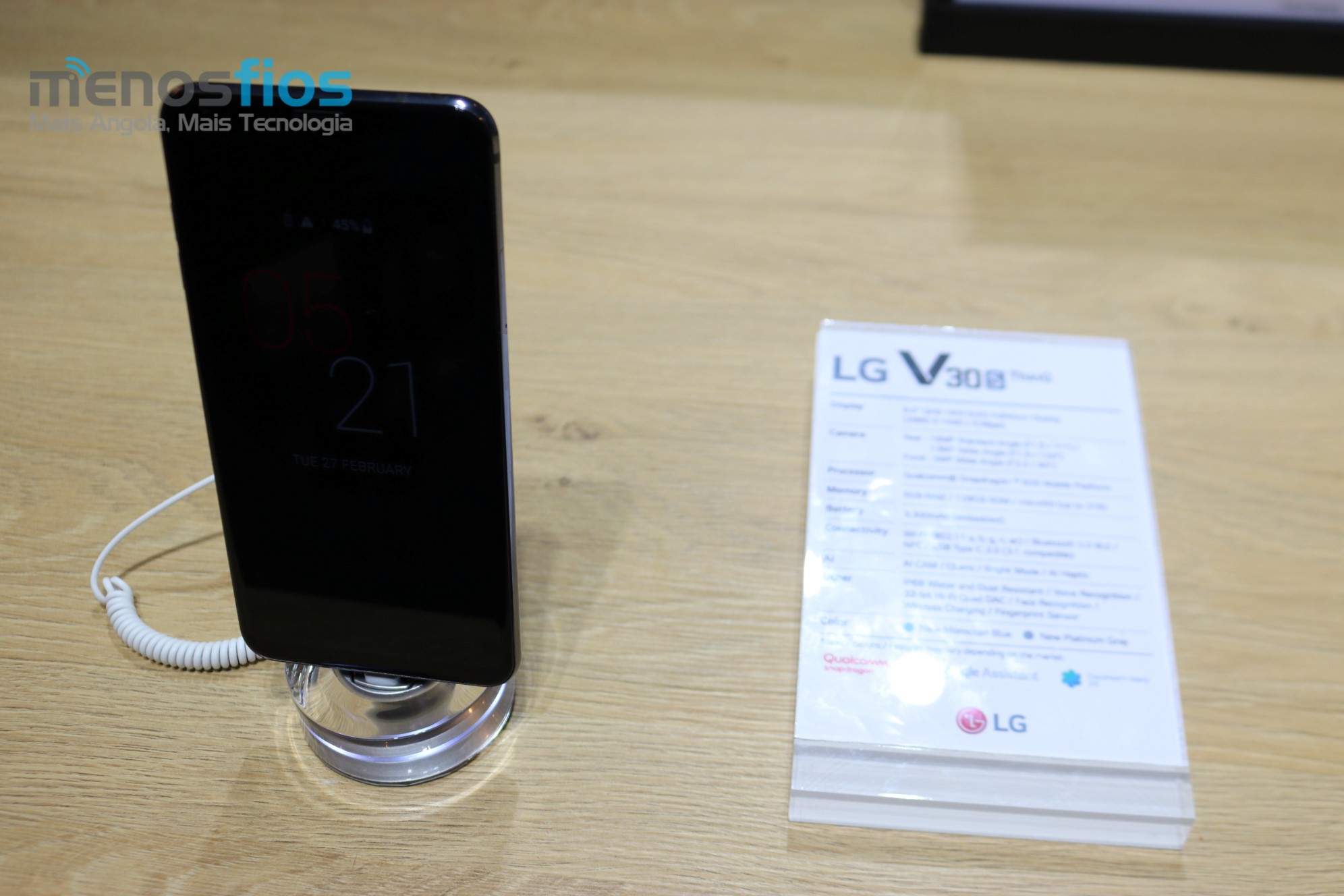 During IFA 2017 LG presented the LG V30, a dual-camera smartphone with a multimedia-focused focus. Now at MWC 2018 the company decided to bring the LG V30S ThinQ, an upgrade from the previous version, with a focus on artificial intelligence.

During the presentation of this smartphone, LG made it clear that the focus of this smartphone was artificial intelligence (AI). With AI LG has developed interesting features, where we highlight the AI CAM, QLens e Bright Mode:

It is a feature of this smartphone that the user will have to activate in the camera interface, so that the smartphone recognizes patterns: it is able to distinguish the type of image that we are capturing and change the exposure depending on it. Portraits of people or pets, food, sunrises or sunsets, flowers, buildings and landscapes are some of the models that the ThinQ V30S is able to recognize.

The concept of QLens is different, it is about using images that the V30s capture as elements to search. LG provides three modes for QLens: an interpreter for QR code, a visual search engine with Integrated Pinterest, and a mechanism of visual search on Amazon.

O bright mode ("Light mode", free translation), activates in the settings and allows the camera to detect a low light situation and suggests that the mode is activated automatically. If we accept, this will cause the photo to have less resolution and the result is that we will have more information on the low lights of the histogram.

This is a good example of using artificial intelligence on a smartphone, however LG will have to work a little harder, as everyone awaits the LG G6's real replacement.