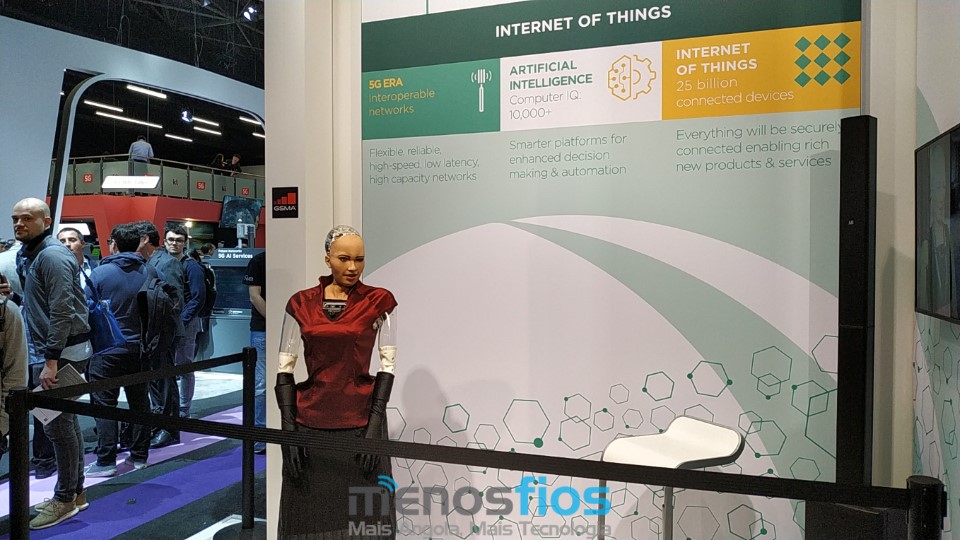 Sophia is the name of the most famous humanoid robot in the world. Saudi Arabia came to give Sophia citizenship, the first Robot to receive such an honor.

The robot is capable of displaying 50 different facial expressions and uses speech recognition originally developed by Google to capture and answer questions. The robot made appearances around the world and became the “defender” of humanoid androids.

During the first 3 days of MWC 2019 the organization left the microphone open for visitors to chat with Robot Sophia. We had the chance to ask a question and… Sophia knows Angola, well, more or less, watch the video to understand.