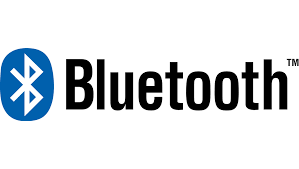 The 5th generation of Bluetooth was announced by its development group and more information will be revealed specifically on the 16th of the current month and will soon be on its way to the most varied devices that use the technology. We will provide a deeper analysis of the technology after the official presentation.

But here are 5 things to know about technology:

1. It will be faster

No surprise here, this new version will be faster than the current one on devices (Bluetooth 4.2 LE) with speeds up to 2Mbps.

2. Will work at even greater distances

3. You will be more “environmentally aware”

Bluetooth 5 will have extra features so that the technology can be used more easily in closed places in connection with signal distributing devices also "environmentally aware" so that for example it is possible to follow directions in a Shopping Center for example.

4. Will be prepared for Technology of Things

5. You may need new devices

Unlike some technology upgrades Bluetooth, the fifth generation may require new chips (although older kits may make use of the upgrade ma obviously without the more interesting parts of the new version) in short we can say that all the major brands phones from 2017 will be equipped with the technology and all their characteristics.

Until now with more news.

ITEL announces partnership for the production of biosafety means