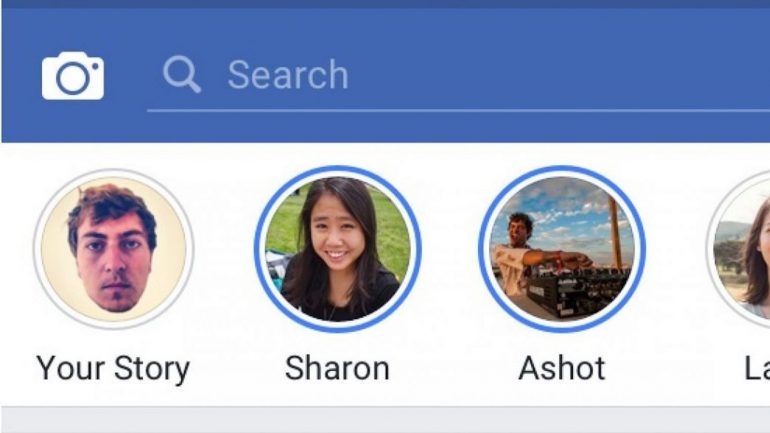 The war between Facebook and the Snapchat seems to be getting more intense, after the company that first presented the concept of temporary content, have refused to be bought by Facebook.

Facebook is testing a platform similar to the one it has already developed for Instagram, which in turn reminds us in many ways of Snapchat. The CEO of Facebook, Mark Zuckerberg is changing, once again, the application of the largest social network in the world.

There is a new feature in tests on the Facebook mobile application that does exactly the same as Instagram Stories. It allows the user to share a photo or video and after 24 hours it erases.

In a statement, Facebook says that, “the way people share today is different from how they did it five or even two years ago. It is much more visual, with more photos and videos than ever before ”.

As with Instagram Stories, it is expected that the new Facebook feature will allow live broadcasts, as this seems to be a strong bet on the part of the company. The new feature's publications will work apart from the news feed. Therefore, publications will not appear in friends' feeds if they do not click on the Stories option and will also not appear in the timeline.

The new feature of the platform is still being tested in Ireland, but the company says the service will be available around the world. There is no date yet for this feature to be released.
[Source]: Businness Insider

Blackout on Facebook was due to "defective configuration change"