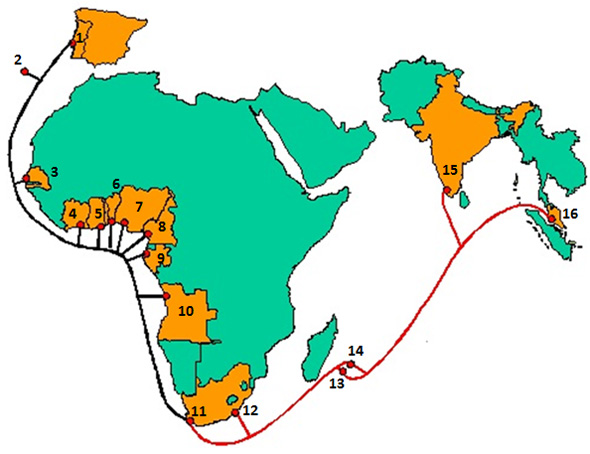 In the first quarter of 2020 it seems that Angola had what we can call “technological bad luck”, since the submarine cables SAT-3 / WASC of the consortium where Angola Telecom is part had two interruptions, and the WACS Angola Cables also had the same problem.

A Angola Telecom announced, on Tuesday, the normalization of Internet and international voice services that pass through the SAT-3 / WASC submarine cable, in a press release, the Angolan state operator guarantees that the repair of the damaged segment between Libreville (Gabon) and Cacuaco (Angola).

SAT-3 / WASC links African and European countries, including Angola, South Africa, Nigeria, Senegal, Ivory Coast, Ghana, Gabon, Benin, Cameroon, Portugal and Spain. Angola Telecom reaffirms its commitment to the maintenance and quality of internet and voice services, emphasizing the continuity of service provision despite the current situation caused by the pandemic of COVID-19.