Often, when using emojis, we realize that one or the other that should already be included is missing, but as this does not depend on “us” users, we have to wait until they are available.

O Unicode Consortium revealed 117 new emojis that will be launched later this year as part of the Emoji 13.0. There are 62 new emoticons and 55 new variants of emoji of gender and skin tone, including more options that include gender. Some of them look really fun.

Above is an image Emojipedia which approximates the appearance of all new emojis when launched on devices and services. Exactly when the new emoji is launched, it is up to each individual supplier, but in previous years, the new emoji it was normally released in the fall, and that looks like a reasonable expectation for this year as well.

It is important to note here that anyone can submit a proposal to create a emoji. If you want to learn a little about the process, you can read about it by clicking here. 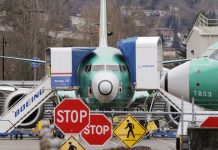