Home Internet E-mail Use the new Mailbox phenomenon in Angola? Perhaps…
Facebook
Twitter
WhatsApp
Email
Telegram
After its launch a few weeks ago, there we tried to reach out to the new phenomenon of email manager, the Mailbox. It was not easy, for that we had to endure a “queue” of 545.765 people who were ahead of us. 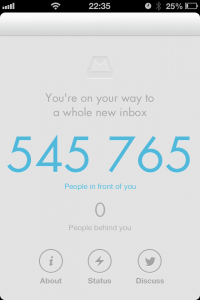 After waiting days that seemed endless, when we had access to the app (18 days later) we left more than 200 a thousand people behind us also in the attempt to have Mailbox. According to its creators, Orchestra, Mailbox comes to innovate the way we organize our emails and we with the app already at our disposal we decided to give our opinion about the use of it. 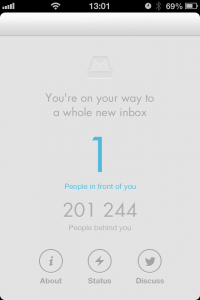 So what was the first impact? Not very good for a simple detail, after the welcome the app asks to add a Gmail account, which means that who does not have a Google email account you will not be able to "enable" this application. 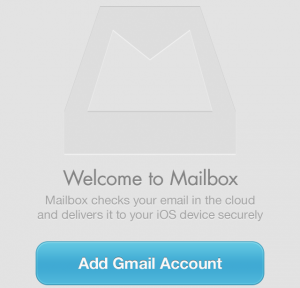 Overcoming this important detail, opens a very simple and extremely illuminating tutorial on how Mailbox works. And that's where it shines and shows why Mailbox is different from the competition. The same has 5 zones:

Inbox (Blue)
Typical inbox, which groups all of our unread, or even read, emails that were left by our decision. In fact the application was designed to have no email in your inbox, all emails received must be treated, that is, they are archived, deleted, classified in a list or for later.
File (Green)
To file an incoming email (and remember that filing is a fairly used concept for gmail boxes) just by sliding the finger right over the email.

Garbage (Red)
To delete the email, use the same gesture done to Archive, but this time longer, for the system to recognize that you are sending it to the trash and not to file.

"Later" (Yellow)
It is in this option that Mailbox shines and differs from the competition.

Swiping your finger to the left over the email will open a box with several predefined options such as, remember "Tonight", "Tomorrow" in "Weekend", "Choose a date", and more. When we schedule to see an email later it goes to the zone "Later" and in due time it will return to the inbox to alert because of the email. 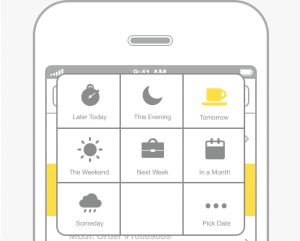 This email manager literally transforms your mailbox into a list of scheduled tasks and makes sure to remind you at the given time. If you have the habit of using email to remember appointments, then Mailbox is for you.
Lists (Brown)
We all have our personal directories / folders for your email, so here is just forwarding our email to any of our lists and with Mailbox is to do this it is just necessary to make a longer gesture to the left than the one used for Remember me later.

In addition the presentation of the emails that you exchange with someone is very similar to the exchange of SMS in the smartphones. The flow of exchanged emails appears as conversation balloons. We also note that Mailbox is faster, smoother and more efficient than the competition when pushing and sending emails, which helps a lot with internet speeds in Angola

It is true that Mailbox is a good application and redefines how you take care of your emails, but it is not perfect. For example, there is no way for you to be able to mark messages as spam, nor can you save messages as drafts. Bad! Two other points that we have already mentioned were that we cannot have the app right away (there is a big waiting list) and the app only works with Gmail or Google accounts (within a limit of up to five accounts).
But what we did not like was the email directly access our gmail account, make changes to it, without alerting us , on top of that, the app has no option to prevent this authentic “invasion” and the email manager not having offline reading.

What does that mean? You mean that you'll ALWAYS need to be connected to the internet so you can read your emails. Mailbox pushes emails when it is online but does not store them for possible offline reading. Mailbox was not designed for countries like Angola and in our opinion, for us it is a problem to ALWAYS be online and have internet every day. So this email manager, for now, does not fit 100% with our reality. If, for example, we need to consult an email that is already in our mailbox and we are not in a place that has internet, forget it.
Now, whether or not it is worth having the app, it depends on you, after all the app is free and it costs nothing to test. You just have to be patient to wait.