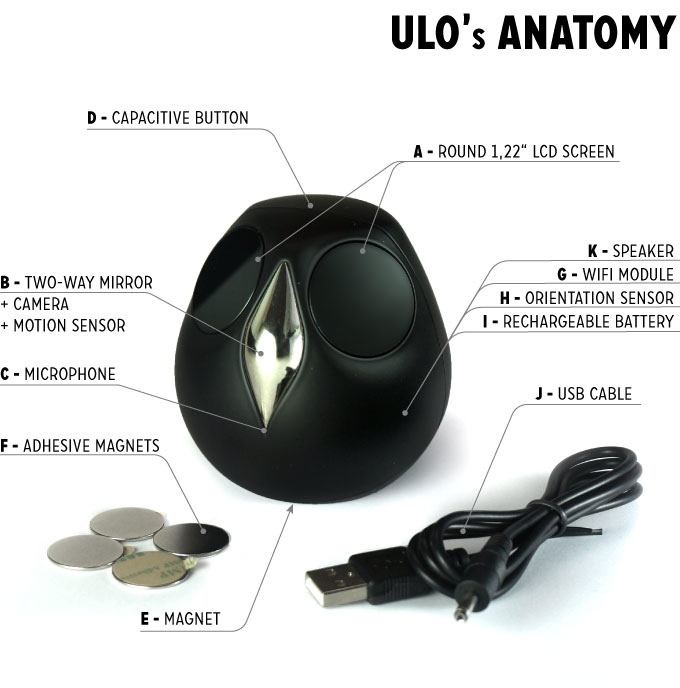 Security is one of the essential points for every citizen, especially in Angola where the rate of assault on residences, shopping centers, banks, malls is still worrying on the part of many. but it looks like there is now a way to get around this with this surveillance camera.

Ulo is a surveillance camera that can go unnoticed by anyone, because of its design, may seem only a decorative object and mislead public opinion while recording events.

To connect the Ulo, just touch the top of the owl's head. By doing so, it opens its eyes (or better, connects its two round LCD screens of 1,22 inches) with animations and expressions worthy of a cartoon character.

As the video below illustrates with just two clicks, it is possible to put it on alert. In this mode, any movement captured by the owl's lens is recorded in a quick GIF, which is then sent to your email account, Dropbox account or can even be viewed via a secure link so you can see what happened while you were sleeping or when you were away from where the camera was implanted

One of the peculiarities of Ulo after it is set up, the device automatically activates alert mode when your smartphone disconnects from your WiFi network. In the same way, only your cell phone reconnects to turn it off.

Ulo will cost nothing more than 500 USD

How about using the camera to monitor what has happened in your absence?

Xiaomi wants to compete with Tesla in the electric car segment?