A UNITEL will hold on the 3rd and 4th of December, the Cycle of Online Conferences on Internet of Things (Internet of Things - IOT). The event aims to make society aware of the benefits of IOT for the socioeconomic development of Angola and to take a first step towards the creation of a national plan, in this matter. 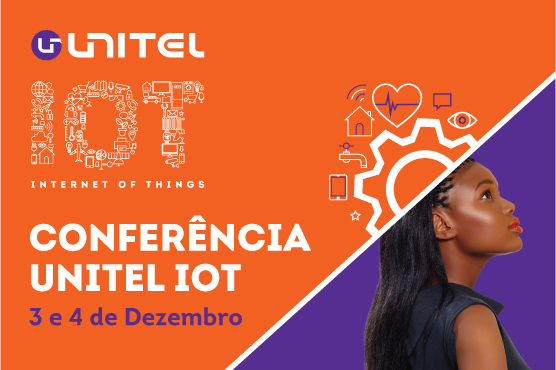 The Internet of Things, also known by the acronym IoT, comprises all devices and objects that are able to be permanently connected to the Internet, being able to identify themselves on the network and communicate with each other.

UNITEL intends to bring together in this conference, entrepreneurs, IT and Telecommunications professionals, public entities, academics (teachers and students), researchers, entrepreneurs and interested parties, so that in the debate of issues they can choose innovative solutions for the Angolan digital ecosystem.

In approach, the following themes will be highlighted: The current panorama of IOT worldwide; Economic benefits of IOT for Africa and Angola; Paths for the creation of a National IOT Strategy; IOT in practice; Main challenges in the implementation of projects; Threats and Security Scenarios in IOT projects and The role of Startups in promoting IOT solutions.

Within the scope of the 4th industrial revolution or industry 4.0, countries like Angola must identify key sectors, where IOT can serve as an instrument for accelerating socio-economic development, by increasing the productivity and competitiveness of the economy, strengthening national production chains, provided by this improves the quality of life of the population.

The conference will be held with the support of TECH21 AFRICA, a national institution whose mission is to boost Angola's insertion in the 4th Industrial Revolution, acting as a catalyst in creating synergies between civil society, the public sector, the private and academic sectors.

The event will take place in the virtual format, through the Zoom platform, and to participate, confirmation must be made through the registration here