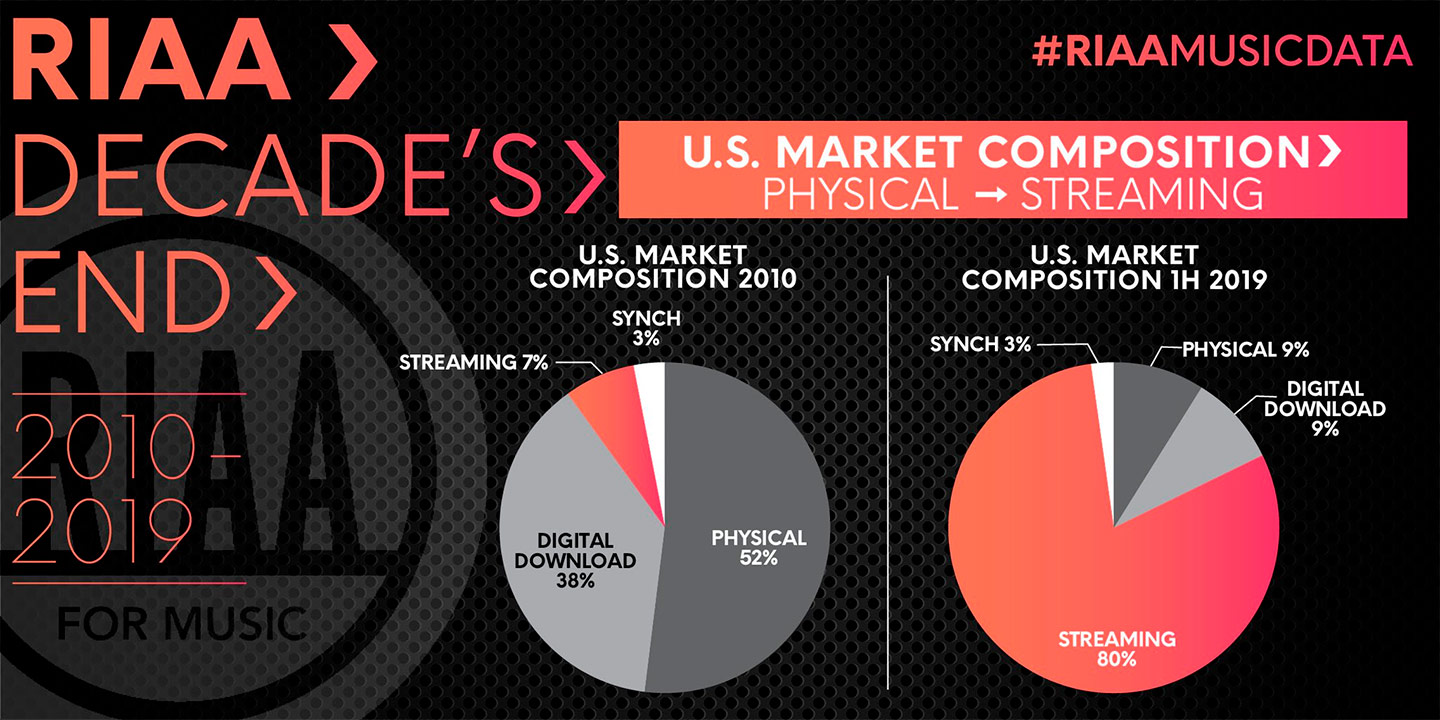 Music streaming has consumed most of the market this decade, at least based on data from the United States and more users are willing to pay for the service, according to statistics from the American Recording Industry Association.

There are approximately 1,5 million signatures the number jumped to 61 million in just ten years. Streaming ate the share not only of physical sales, which still accounted for the majority with 52% in 2010, but also digital music downloads, which accounted for 38% at the beginning of the decade and have also shrunk to 9% today.

In 2010, according to data only 35% of Americans had a smartphone, while today that number jumped to 81%. Meanwhile, the Spotify emerged in 2011, followed by Apple Music in 2014 and now there are several music streaming options including the YouTube Music and Amazon Prime Music.

Over the course of the decade, streaming has surpassed both digital downloads and physical products now, now accounting for 80% of the market. #RIAAMusicData pic.twitter.com/q04FeQBT5a

By contrast, physical media and digital downloads each now represent 9% of the US market, according to statistics. In addition, the number of music streaming options is likely to diversify as more companies adopt a service pack offering strategy.

Some companies that launched content streaming services last year or that will launch a solution by 2020 will have to figure out how to hold subscribers when they inevitably raise their prices, and in some cases these packages may be part of the strategy. American Recording Industry Association.