Last Wednesday (14), the messaging app WhatsApp announced that it intends to launch a free function where it will be possible to find merchants nearby. For this, merchants must be registered in WhatsApp Business.

Called “Business Guide”, the purpose of the function is to bring small and medium-sized entrepreneurs closer to users. In Brazil alone, where the tests began, there are more than 120 million people, making it the second largest market for the application, only behind India, with 400 million. 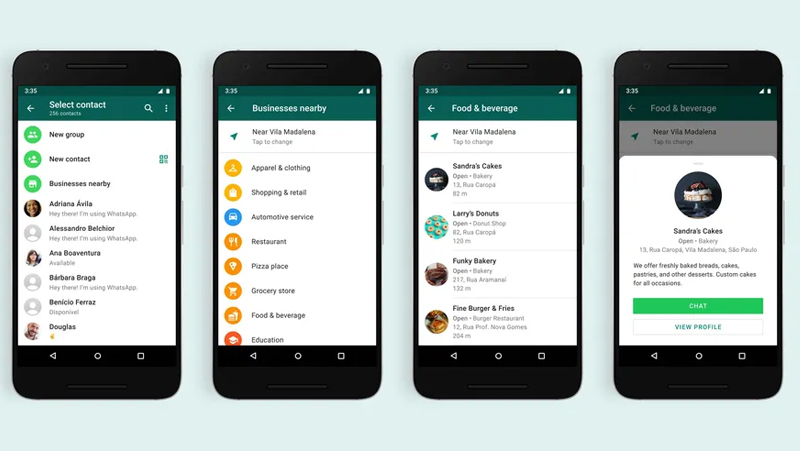 In an interview with Reuters, Facebook's vice president for messaging business Matt Idema says this could be the primary way people start their shopping process. By not having advertising on the app like Facebook or Instagram, WhatsApp seeks in this way to become more profitable, while making life easier for its users. Even because the company executive says that he constantly sees advertisements on websites or on Facebook bringing his customers to WhatsApp, as a conversation tool.

I'm excited we're starting to pilot a local business directory within @WhatsApp. This will help you find and contact local businesses, like your neighborhood coffee shop, florist, clothing store and more.https://t.co/kNvUtn7FWR

It is mentioned that WhatsApp has been increasing the connection to companies, providing a specialized application for the smallest or even the API or interface software for large businesses that allow them to connect their systems. In some territories, purchasing tools such as product catalogs and shopping carts have been launched.

For now, the new address directory is being tested in some regions of São Paulo, covering thousands of businesses spread across different categories, from food, retail and local services in the city. The test could then expand to countries such as India and Indonesia.