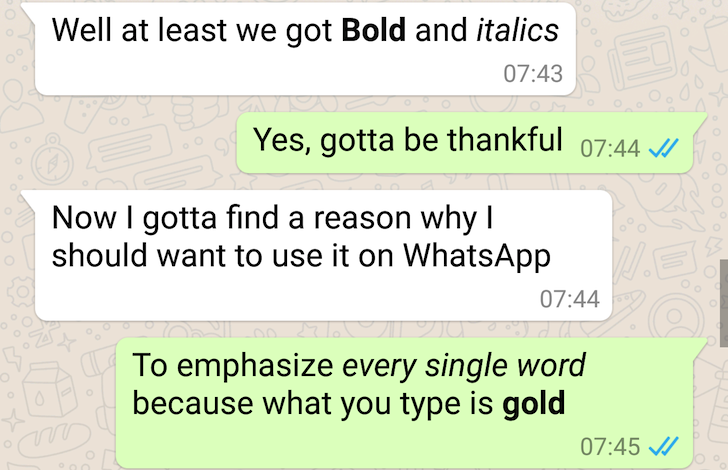 WhatsApp is now one of the applications that is constantly gaining new features. Recently the application has gained a new update, in which it now allows WhatsApp users can exchange PDF documents. And it had a positive repercussion on the part of the users who wait for the application to begin to recognize also other formats like Doc.

From WhatsApp you can bring something different in the next update, we can soon Negritar  and put in Italic our texts via WhatsApp. but this will be possible using some commands like: Typing * (asterisk) at the beginning or end of the word this will leave the text bold, and when to use  _ (underscore) before and after the text it will leave the same italic. 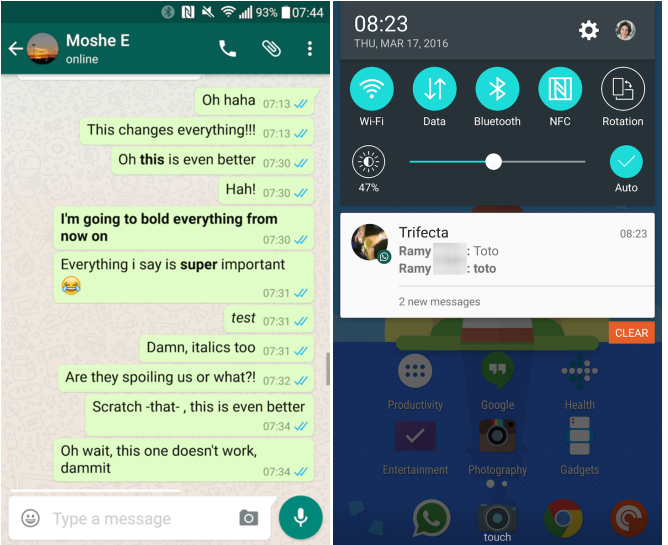 When the user uses these commands, the effect will only be seen by the recipient if he also owns an updated version of WhatsApp. So far in tests performed by users of the Beta version, it was only possible to format the texts in these two ways.

Do you think this will improve the Whatsapp experience?